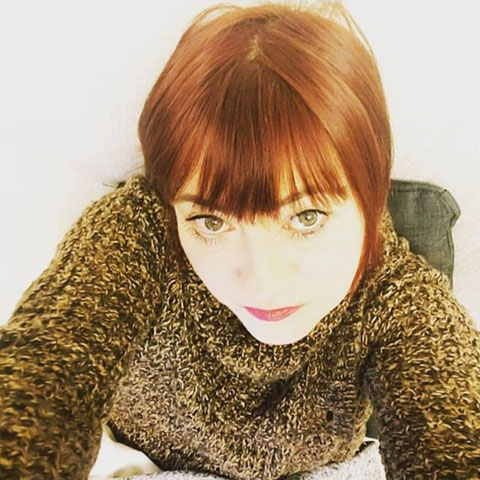 I have been teaching Evil online for St. Jerome’s since 2015. I have also given guest lectures in the Activism and Outrage course and assisted with the Leadership and Ethics courses. For St. Paul’s University College, I teach Western Religions, Death and Dying, and Arts First Courses on Conspiracy Theories and Disinformation and Populism.  Yes, I do teach all the dark courses, and I am awesome at dinner parties!

Research or Other Contributions to the Field

My research on the overlapping belief systems of Christian apocalyptic thought and conspiracy theories allows me to bring a multidisciplinary approach to conversations in religious studies about politics, social media, the rise of extremism, Christian nationalism, and anti-immigration movements. I completed a Post-Doctoral Fellowship at the Centre on Hate, Bias, and Extremism with Dr. Barbara Perry, where I developed anti-hate and anti-extremism policies for the Canadian Armed Forces. Following this position, I held a Post-Doctoral Fellowship with The Disinformation Project at Simon Fraser University, with Dr. Ahmed Al-Rawi, where we analyzed conspiracy theories and right-wing extremism in Canada on social media. I have also acted as a research consultant with a project led by Dr. Megan Boler at the University of Toronto on the gap in adult education in disinformation. The recent “Freedom Convoys” in Canada have been a significant portion of my current work, and I had the opportunity to present my findings to the federal Public Safety and National Security Committee at the House of Commons, as well as in numerous press interviews with CNN, CBC, The New York Times, NPR, Al Jazeera, and Global News.

My research tends to be rather dark, so my interests tend to be very light and non-challenging. Mostly I read, watch too much reality TV, and spend time with my partner and friends. I am always available to chat Love Island, the Circle, and Married at First Sight! I am currently developing a podcast series where people of differing political views find commonality and learn how to engage in conversation rather than deepening the divide in society. I also suffer from an addiction to social media and spend far too much time doom scrolling Twitter and posting sarcastic thoughts on Facebook.

When I was first starting my master’s degree at WLU, the chair of the religious studies department suggested that I contact Scott Kline to discuss my thesis topic. Scott agreed to chat with me, and probably ten minutes into that conversation we were no longer discussing my master’s thesis, but apocalyptic thought, politics, and culture war issues. Scott was able to speak to my interests in politics, communities on the margins of society, and Christian nationalism. He offered to do a directed study with me on conservative politics (which had nothing to do with my thesis), and I agreed immediately. I applied to do my PhD at UW with Scott, and from that first meeting St. Jerome’s became my home at UW. David Seljak was on my PhD committee, and I spent a lot of time at St. Jerome’s in meetings. I was a TA throughout my PhD journey, with many courses at St. Jerome’s, and eventually I began teaching  here as Contract Academic Staff. I have taught across UW and at other universities, but St. Jerome’s has always felt like home.