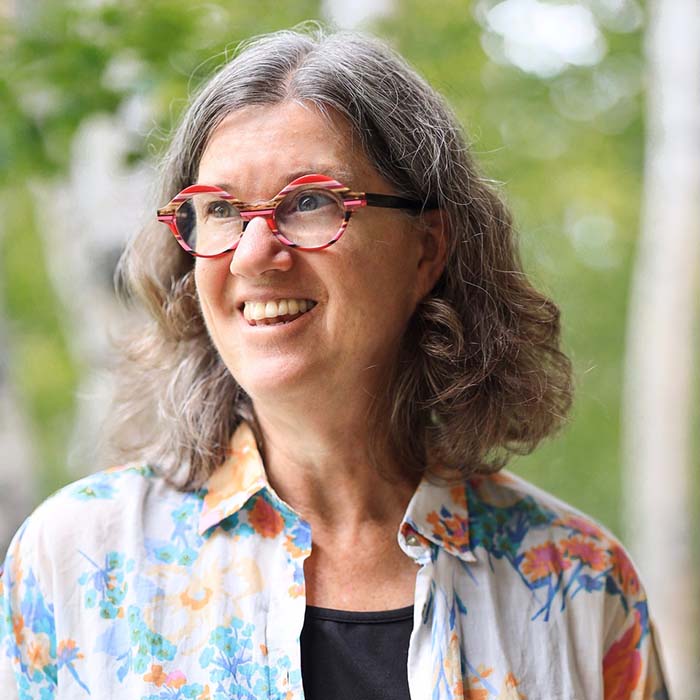 Research or Other Contributions to the Field

My research interests investigate how stories are told, and which stories remain important in diverse historical and cultural contexts. I began my undergrad at UWaterloo, then transferred to Victoria College, University of Toronto, where in 1983 I was one of the first graduates of the new Christianity and Culture programme at St. Mikes. My MA and PhD are from Brown University. My doctoral thesis explored social and political meanings of childbirth stories in Shakespeare, expanding the context to other sixteenth and seventeenth-century English drama, poetry, legal cases, midwifery manuals, diaries, theological discussions, homilies and popular news.

After completing my PhD, I lived at L’Arche Daybreak in Richmond Hill for seven years with my partner Geoff and our children, and since then I have completed projects for L’Arche Canada and L’Arche International, as well as coordinating national projects for the Canadian Council of Churches and the Evangelical Fellowship of Canada. I am presently a fellow at University of Victoria’s Centre for Studies in Religion and Society.

My fourth book, Flying, Falling, Catching: An Unlikely Story of Finding Freedom, co-authored with the late Henri Nouwen, tells the story of Nouwen’s friendship with the Flying Rodleighs trapeze troupe, and why his last manuscript was left unfinished at his death in 1996 (HarperOne, 2022). It reads like a novel, and I had a lot of fun writing it. You can find reviews, podcasts, events and links on my informal webpage, or check out this short video:

I live on Vancouver Island with my husband Geoff on the unceded traditional territory of the Cowichan peoples. I love hiking, sitting on beaches mindlessly watching the waves roll in, reading, painting, eating salmon with friends and doing Wordle and its variants.

My family immigrated to Canada in 1965 and settled in Waterloo in time for me to start kindergarten. Early in my undergrad degree, I took a summer course at SJU with Peter Hinchcliffe. Fun fact: in 1976, I had a “John Greenwood in concert” T-shirt that read “Friends are for caring.” Sadly, it was stolen at a Huntsville laundromat that summer.